Batman: Arkham City is a brilliant game. Hands down one of my favourite games, I love the series so much but the second is my ulimate favourite. I do love the Arkham Knight don’t get me wrong the storylin as always is gripping, the characters are brilliant but its that dam batmobile that gets me, but I digress, I am talking Arkham City.

Arkham City picks up months after the events of Asylum. The former Arkham warden Quincy, now reigns as the mayor of Gotham City, and he’s moved all the bad guys from Blackgate Prison and the crazy inmates from Arkham Asylum to a cordoned off area in the heart of Gotham.

This is Arkham City, Dr. Hugo Strange runs it, and its the Batman’s job is to see what the hell is going on inside. The story line is so interesting and it starts with one of the best openings in modern games, also you get to actually play a little as Bruce Wayne, and see him without the Batsuit on. 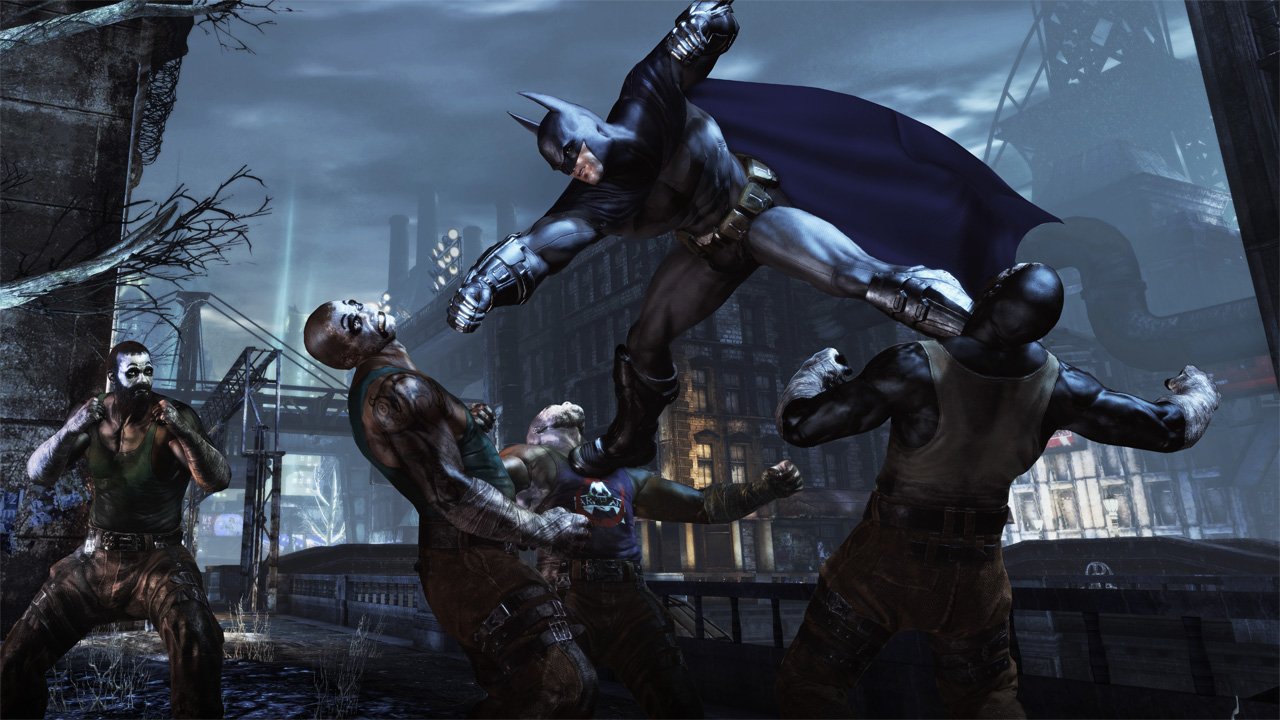 Arkham Asylum fans will immediately be at home in Arkham City, as Rocksteady took the core gameplay, refined it, and polished it. You brawl with one button, counter with another and leap when you feel like it. It runs so smooth combat just flows and you can take down hordes of enemies, it makes you feel like Batman. Batman now has got a slew of new counter attacks, such as the ability to take out several attacking enemies at once and the ability to use nearly every gadget in battle with a hot key system. Even though the system can seem simple, the diversity in the attacks and battles keeps it interesting. I wanted to engage with every bad guys instead of sneaking past them. Partly due to the promise of more experience points and the upgrades I can unlock, but it probably had more to do with wanting to see Batman kick some ass.

The further you progress in the games the Batman can evolve through leveling up, but so due the enemies Rocksteady keeps you on your toes,  by having special enemies. Guys with stun rods, armored outfits and broken bottles all have to be dealt with in very specific ways. You have to assess threats and engage situations like Batman would. Honestly you don’t know how much of a fan girl it made me, I have to actually think like Batman, my inner nerd went into over drive.

No boss in Arkham City really gave me a challenge. In fact, they’re all a bit easy. Mr. Freeze had me stumped for a while as once you use an attack on him you can’t use it again. That specific instance was no fun, but overall, the joy of Batman bosses is the journey to them and not the fight themselves. Batman will always be that series I love him just as much as I love the bad guys such as Harley or Joker, I just loved the fact all these characters I saw and read about I get to interact with them, fan girl heaven. The game is designed to be open world which it is, it feels more like a hub world but its very vast and open, and you dont feel like you see everything first time round. You can’t go into every buildingor open every door, but as you explore, you’re going to find you’re kept from discovering some of the 400+ Riddler Challenges until you double back with new gadgets and skills. As you unlock the game’s dozen side missions, you have to search nooks and crannies for murder victims and political prisoners in distress. The voice acting, the challenges, the amazing opening, the unbelievable ending and the feeling of being the Dark Knight — these are the things that standout and make this my favourite in the series. Batman: Arkham City isn’t just better than Batman: Arkham Asylum, it’s better than most games on the market.

One thought on “Batman Arkham City- Review ( My FAV)”