So this week I have been let loose on CeX and eBay which isn’t always the best thing. But I love collecting games and also playing them. Now you guys know I am huge Bloody Roar series and it’s very close to my heart as I was very young when I played it and brings back so many memories for me, so I picked up Bloody Roar 3&4 this week as I never played these two games and really happy they are in my collection now. Kingdom Hearts 2 I picked up because I started playing the 3rd one and I wanted to see what the others were like plus I love Disney so why the hell not. 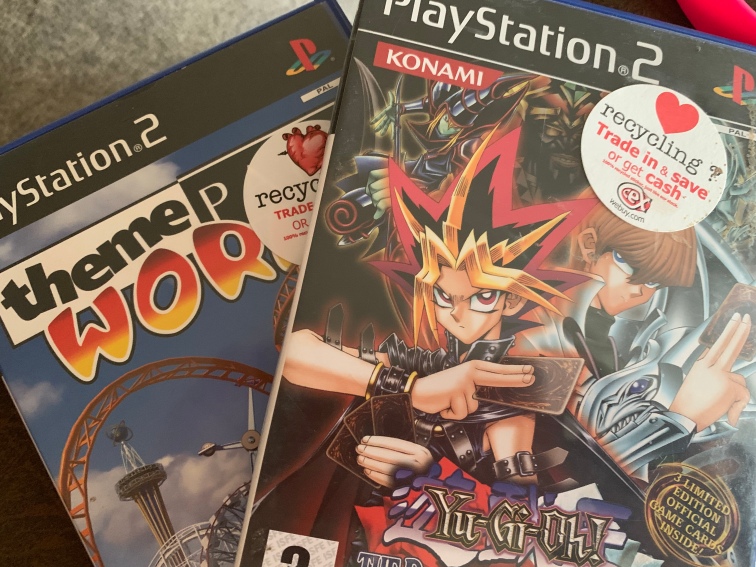 Next up I picked up theme park world again, I remember playing this when younger and had the pc version and loved it so much, so I couldn’t resist getting the PS2 version of the game. Yu gi oh has always been part of my heart and I had the PlayStation 1 game forbidden memories, and never knew there were anymore and wanted again to see how it’s developed and give it ago.

Also as new to doing gaming videos and twitch streaming, I was sick of borrowing my fiancé headset, so I treated myself to my own headset hunter spider one and I love it great quality for cheap and it even lights up and just feels great so hopefully more videos and streams on the way.