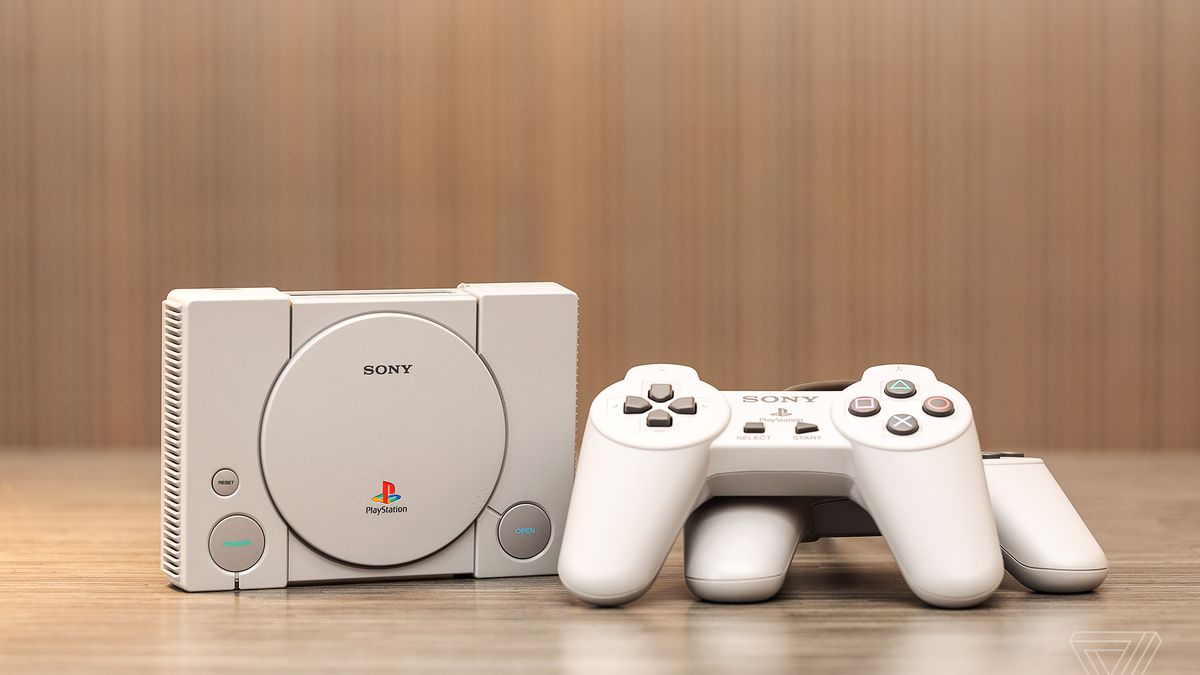 “Don’t underestimate the power of PlayStation.”

24 years later and it’s the power of nostalgia that can be under estimated, particularly when you first turn on the PlayStation Classic and are instantly teleported back more than two decades by the iconic Sony Computer Entertainment splash screen and sweeping synth sound, which still gives me chills and my child hood rushes back to me.

However, for me thats where my nostalgic chills stop, this is due to the short menu of just 20 included games, as this adorable miniature version of the most popular gaming console of the ‘90s lacks too many big names to truly live up to the ‘Classic’ label, and what made the console classic in the first place.  It’s not to say there aren’t some big hitters in the 20 games roster, but it’s certainly such a short list could never be absolutely definitive when culled down from the thousands of games that were released over the  six-year lifespan of the console. But I feel the  lineup of ‘classic’ should have had PlayStation games such as Tomb Raider, Wipeout, or Crash Bandicoot, to name a few. It makes for a compilation that feels decidedly incomplete and not really reflective of the system at its best, also at the time the price for the system was £89.99 I only purchased due to a price drop.

Full games lists : ( is able to see in previous posts)

All 20 games come pre-installed on a pint-sized recreation of what remains, in my mind anyway, the most iconic piece of hardware that Sony’s ever produced in terms of aesthetic, I have always loved the look of Playstation one. You can save the games on to directly the system, you can’t pop an old memory card into the physical slots, the PlayStation Classic features a virtual memory card for each game in its onboard memory. What I always feel that have missed as well, the Sega Mega Drive flashback you could use old cartridges, into the slot and I wish you could put your old Playstation discs in, but the console is too small for that to ever happen, but something I wish they would have considered.

All of the buttons on the top are functional. Aside from the self-explanatory power button, the reset button returns you to the main system menu (just like the NES and SNES Classic), which is a fairly bland carousel of box covers that doesn’t do much to inspire nostalgia. The open button is used to swap virtual discs for the couple of included games that originally spanned multiple CDs.

The graphics of these games simply haven’t aged well, particularly when you stack up their low-polygon characters, textures, and environments against the ultra-detailed, high-definition game worlds of today or the still superb pixel art of the finest Super Nintendo games.

PlayStation Classic’s library are the PAL versions, including Tekken 3 and Jumping Flash!, which means they might run at a lower framerate than you remember them depending on your region. In the case of Tekken 3, that 10 frame-per-second loss might significantly dampen the kind of precision that NTSC gamers were afforded back in the ‘90s.

The end result is that the PlayStation Classic just doesn’t feel as fully formed, and since, like all the similar Nintendo and Sega classic systems, there’s no support for additional game downloads, This system will ultimately go down as something of a missed opportunity for Sony.  It feels more like a halfhearted acknowledgement than a top-shelf tribute to Sony’s original console. The list of 20 games seems to miss more of the system’s greatest hits than it actually includes.  The PlayStation Classic is a brilliant collector’s item, but it’s a much more attractive ornament than it is a viable gaming system.