I look back at Pokemon’s Kanto story, and I know I’m not the only one who has and feels a long deep connection to the wooded region. It’s where many long-time fans had their first Pokemon adventure. it is very similar to Pokemon Yellow before it, Pokemon: Let’s Go starts you with either a Pikachu or Eevee. You get your team together and set out on their adventure to capture more Pokemon, collect the region’s eight gym badges, and defeat the Pokemon League Elite Four.

The 3D cartoon animations really suit Kanto well, especially with its vibrant color palette. The only hiccup with its presentation is consistent framerate slowdowns in one corner of Viridian Forest.

One of the biggest changes in the game is the catching system, and catching is most important in any pokemon games. Overall, I really like the shift to a Pokemon Go-style catching system, I feel it works incredibly well for Pokemon: Let’s Go. Tossing one, two, or even a few Poke Balls at the Pokemon of my choice is actually quite fun and making use of the motion controllers to actually make you feel like a Pokemon trainer. What is even better is that all Pokemon are visible in the overworld and feels a more relaxing way of filling up the Pokedex. I was able to prioritise catching the Pokemon I actually wanted by simply walking into them to initiate the encounter, and likewise avoided the ones I didn’t want. 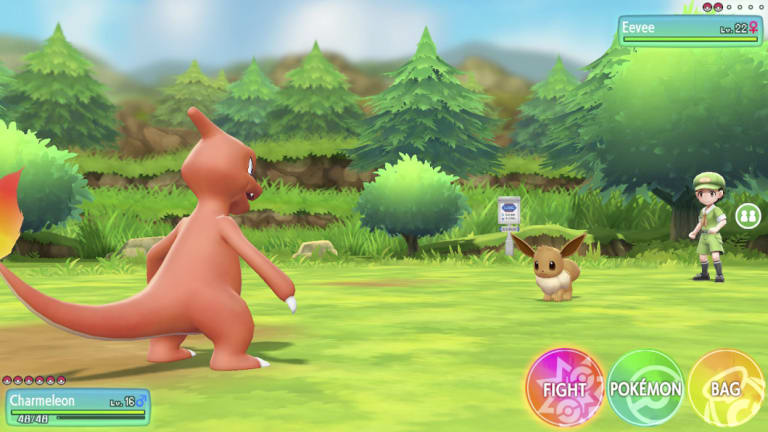 Another little development that was really happy with is the storage of Pokemon, developer Game Freak made the smart change of making the Pokemon Storage System accessible through the main menu. So instead of locking it to a computer at Pokemon Centers ( which I was very confused about at first as I was looking for a computer), this allows you to transfer the excess Pokemon whenever you want to get more Candy from Professor Oak, just like in Pokemon Go.

Pokemon: Let’s Go makes sure you remember that this is not your journey alone. It’s immediately obvious that a lot of care went into shaping how to present Pikachu and Eevee as partner Pokemon, you feel really sad when they faint in battle etc you have an emotional connection to Pikachu or Eevee you start with. Yes, they’re incredibly adorable Pokemon, to begin with, but their characters are shaped so well through short interactions. This is not Ash’s Pikachu not one bit, and it’s not someone else’s Eevee. This little partner is here for you, it’s your buddy for your adventure. You play how you want to play. 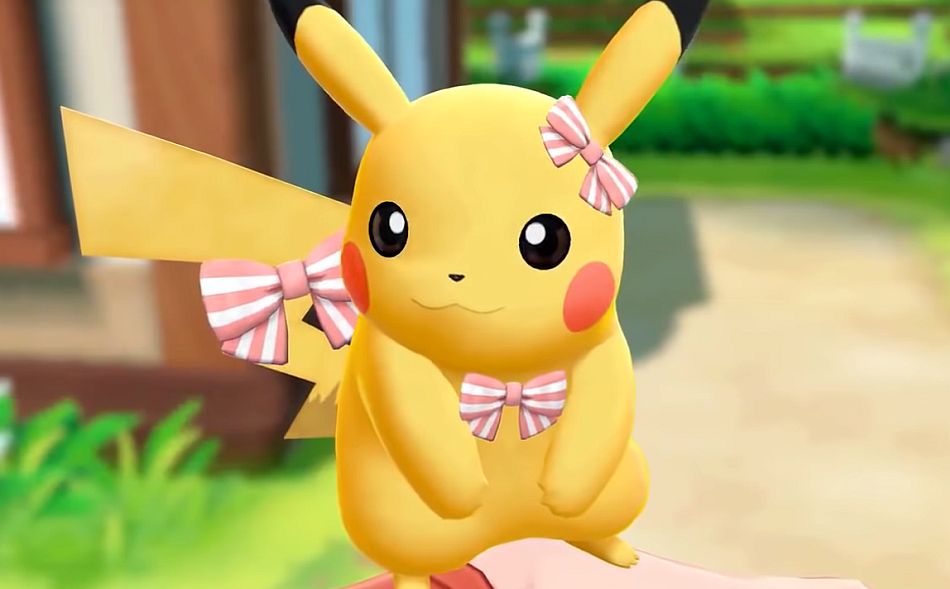 I didn’t feel like I was missing out on battling because of the catching system change at all. Kanto is literally covered with trainers ready for a fight, and specialty trainers like Coach Trainers and Ace Trainers offer a nice challenge with tougher teams if you choose not to sick your adorable partner of destruction.

The co-op feature is a nice addition as well. A second player can join in at just about any time – excluding during Master Trainer battles, the second player can’t initiate battles or Pokemon encounters and can’t talk to people. However, they can help you catch Pokemon for an extra experience bonus and add another Pokemon to any battle you take that they get to control. This is a great way to help a new player in tough spots or give a younger player something to do while a more experienced player leads the way. Again, it shows that this game is for young and new players and learning from each other how to play.

The added addition to the game is also the link between Pokemon Go mobile game, and the Let’s go series is brilliant, as you are in mini-game form bring over the pokemon you have caught from the Kanto region to your Let’s Go Pikachu/ Eevee, which is great as some Pokemon you can’t catch in the Pikachu and Eevee versions, but also means all your hard work on the mobile game paid off and you can use them in the game to battle and take on the league.

Overall, I have loved returning to Kanto in Pokemon: Let’s Go, Pikachu! or Eevee! is almost as much fun and as heartwarming as I’d hoped it would be with its fresh, colorful design and new mechanics. Pikachu and Eevee are so adorable overpowered leads with the capability to learn some incredible moves, and they feel special both in and out of battle. I am totally addicted to Let’s go Pikachu at the moment and I love it, just as much as I did the first time around and I love that it’s kept up with the times, and I love that it is finally 3D on the big screen and I think its had brilliant big screen debut.