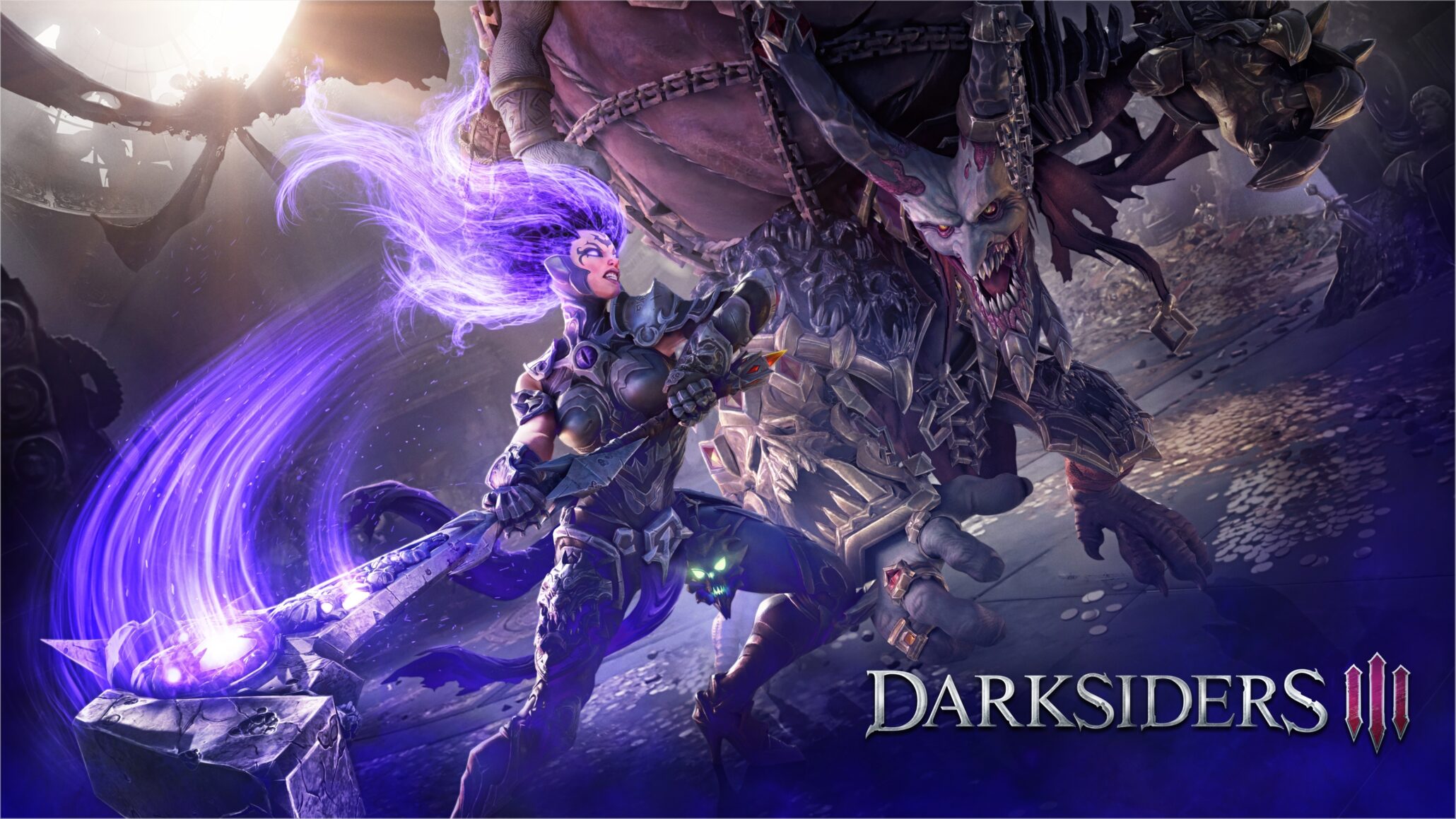 It’s a third-person action game, that isn’t afraid to grind your progress to a halt for an hour or more until you figure out how to beat a seemingly-impossible boss or figure out puzzles. It doesn’t match the visual polish of this year’s biggest blockbusters. But the combat is satisfying and energetic. You know, maybe not every game needs to be a giant open world with a million things to collect and a never-ending supply of side quests. Darksiders III fits definitely fits into that spot.

20-hour story will get a boost if you’ve played at least the first Darksiders. Each game in the series puts you in control of a different Horseman of the Apocalypse in a unique and interesting setting. A ravaged Earth where a war between angels and demons has pretty much left humans extinct and nothing really surviving apart from monsters. Your Horseman you play this time is the fiery Fury, the only female Horseman. She is sent of a mission of hunting down the 7 deadly sins and hopefully capturing, them along the way.  The sins ,serve as  Darksiders III’s collection of varied major boss fights. None of the events of that story really stuck out to me, but I don’t demand a gripping story to go along with my hacking and slashing.

Darksiders III is not one of the stunning stylish graphics of games we have become use to when playing. The stylised, cartoonish characters are plopped into a pretty generic-looking world that lacks detail. Some of the Deadly Sins designs are good especially the sloth design was pretty cool.

The hacking and slashing  is something Darksiders III really excels at. This is no mindless beat ‘em up though, where you just run into a gang of monsters and button bash your attack buttons. All manner of demons, skeletons, angels, giant insects, and trolls need to be taken care of, and you don’t get very far without being observant of their behaviours and ways that they jump or attack ( I learned this hard way). Where you are waiting for their attack, time your dodge at just the right time, and you’ll be able to return their unkindness with a vicious counterattack.Which is the most satisfying deeds I’ve performed in games this year. By playing I felt I became use to the behaviours and kicked ass.

Along with her new weapons she picks up along the way, she does gains new movement powers that give her access to new areas. Once you’ve unlocked them all it’s fun to switch between all her different forms to find the right tools for the various combat and obstacle jobs. But Fury’s magnificent mane switches to a different shade of fabulous for each form, so they’re all at least worth playing with.

While the bad guys don’t reveal their level, there does seem to be some annoying level scaling happening. No matter how powerful Fury becomes, basic enemies can still kill her with only a few hits. Level scaling is not a design choice I appreciate – it’s much better to feel like an all-powerful god after putting in all that time and effort and then use that power to fight new, stronger enemies to level the playing field. Bosses in Darksiders III are not messing around though. While the first couple might not pose much of a threat to you. You then will eventually encounter one that doesn’t seem to respond to any trick or attack you’ve learned up to that point. Not to ruin any surprises, but don’t be shocked if a boss doesn’t go down as easily, but also be careful of the camera as I felt that lead to some of my deaths as I couldn’t see what I was fighting( frustrating). It can be frustrating to suddenly have the tables turned on you, to be sure, but with persistence success eventually happens. In this way, Darksiders III feels like it’s of another time when designers weren’t afraid of scaring you away with difficulty. I love the fact you aren’t spoon fed either you have to figure things out for yourself.

Checkpoints, especially boss checkpoints, could have been tweaked to better respect our time, though. In some cases, losing to a boss sends will send you all the way back to a checkpoint with all sorts of enemies blocking your path back to round two (and, if we’re being honest, for me it was rounds three and four and so on). In another, you’re sent back to an area that’s far away but with no enemies in your path, so you just have to spend a few minutes running back to the fight. The bosses here are tough enough that these inconveniences add up after a few failures and can be a bit more frustrating as well. 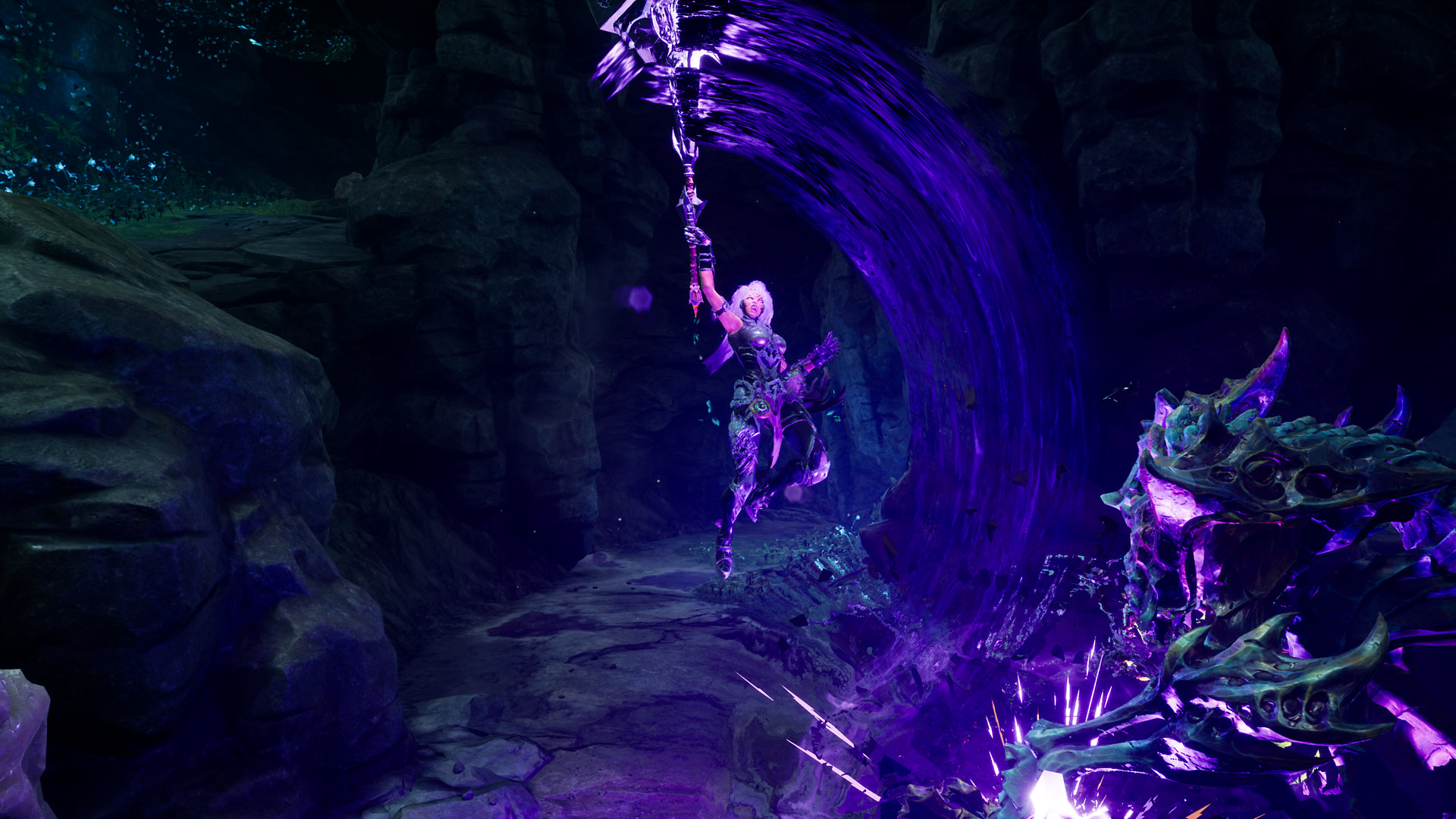 Darksiders III as a connected-world game not an open world. It’s a series of smallish rooms connected by hallways and tunnels. The nearest Deadly Sin is always marked with a skull on your radar at the top of the screen. So playing Darksiders III means running down hallways from room to room, keeping that skull centred and fighting any and everything in your way.

That’s 90 percent of it, with environmental puzzles making up the remaining 10 percent. These puzzles are a nice break from the action, and one or two were tough enough to stump me for more than a few minutes, which is nice to be challenged with puzzles as well as taking on enemies.

There isn’t much room for rewarding exploration, but I did enjoy hunting down the upgrade items that are hidden all over the place behind corners and just off the beaten path. There is a bit of backtracking to previous areas, and you’re bound to notice opportunities that weren’t previously available to you because you didn’t have the right ability yet. Those moments flesh Darksiders III out a bit.

It’s the straightforward simplicity of Darksiders III is a refreshing change of pace after exploring so many dense open-world games. That simplicity doesn’t refer to the combat or boss battles, though, which are complex and almost startlingly unforgiving and challenging. I also love the fact its a woman kicking demon ass well and is the lead in this game.