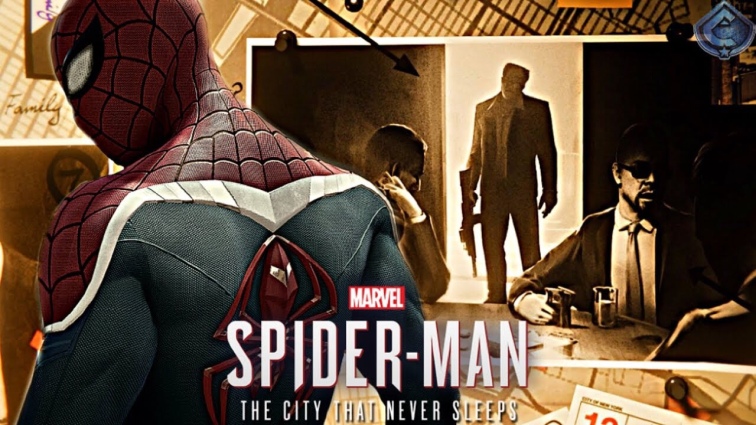 Turf Wars, the second of Spider-Man’s three-part DLC plotline, takes place almost entirely against dark, grey and raining background which does sap most of the colour from this usually vibrant depiction of New York. It’s intended. It’s of course a metaphor for the plot and to emphasise, that things have taken a dark turn, with mob boss Hammerhead running rampant across the city.

It’s definitely a greyer experience than first outing, The Heist. Peter Parker’s is a lot more worried and more worried about responsibilities in this outing which is again emphasised but calls from Miles. The mixture of extra story missions and challenges is beginning to feel rather expected. It’s still the same game fundamentally, it just feels a lot more serious and darker than before. But I think this is due to the Black Cat character, not being present in this one for flirtation and also plot twists someone who kept him on his toes as well at the bad guys. This outing has one villainous character Hammerhead.

The hour and a half of extra story content is far less predictable than the extra gameplay around it, I really like the story and again this chapter fleshes things out but again part of a bigger picture and hopefully setting us up with smashing finale. Mob boss as our new villain, Pete’s back working alongside Captain Yuri Watanabe, who gets a chance to develop a more fleshed-out personality than the role of “superhero’s phone-a-friend” she played in the main story, and we get to see her struggle with emotions and what is right and wrong.

They uncover and attempt to take on Hammerhead as he attempts to take control from the “Maggia” families across Manhattan. In the course of events, we’re introduced to a new enemy type: mob wiseguys who’ve swapped suits for jetpacks and energy shields, and have a tendency to rhino-charge your way, and makes them very hard to fight as your trying to dodge bullets and them at the same time. They’re not a brilliant fight in and of themselves, but they add another wrinkle to some already busy combat, you definitely have to make the most of the dodge button.

There are far more action-oriented set of missions than, The Heist’s more stealthy approach which I think was due to Black Cats nature, more often than not turning into mass brawls pretty quickly.

Thankfully, The Heist’s best innovation in that area – adding extra objectives mid-fight – returns more than once, with one finale set-piece involving a concrete mixer feeling particularly perilous. All this fighting is, once again, definitively end-game content. Even with 100% completion of the base game and The Heist, I have full complement of abilities, skills and gadgets under my belt, the sheer scale and length of some of the fights here led me to a few retries, they are difficult and took me a few times to towards the end to kind of find a strategy and what gadgets work best etc .

The second act, the end is where Turf Wars truly shines. As the cloudy day gives way to a moonlit night, everything kicks up a notch. Fights give way to a boss battle, which in turn gives way to a tantalising ending, and a shock twist aster credit scene.

Where The Heist’s cliffhanger left me fairly certain I knew what might be going on in Turf Wars, the second DLC’s conclusion leaves me far less sure about where episode three, Silver Lining, is headed. It might not be the standout standalone pack some will want, but Turf Wars is definitely doing its job as the second of three parts by leaving us ready and waiting for a far brighter finale. It definitely the cheese and ham of the sandwich which was started by the Heist

So what do you guys think? Also what do you think is gonna happen next? Does Silver lining hint at Silver sable coming back? Let us know what you think tweet us watch us on twitch or leave your thoughts in the comments below.