Crash team racing I got a few days ago in the post and I am not going to lie I was very excited to get it but also as a first timer, I never ever played the game and it was something that was always talked about at school or even still to this day people still talk to me about it. So after many years of never playing the game I finally got my own copy to play and now I have played Mario Kart 64, so I kinda knew what to expect that you get power-ups that speed you up or can hit a player to stop them getting further or past you Its a Race for first place and tag buddies with as many power-ups as possible to dismantle, destroy, and undermine their chances in every single lap. At the same time, players need to look for shortcuts, learn the ins-and-outs of the courses, and become a better driver, too by making the use of power sliding and turbo mode when jumping. I have to say I am really enjoying it I love Crash anyway and the other characters anyway so it’s nice you can play as Crash or his sister Coco and even get to play as the bad guys such Dr. Neo Cortex or Tiny Tiger, plus bonus characters and play through several play modes. 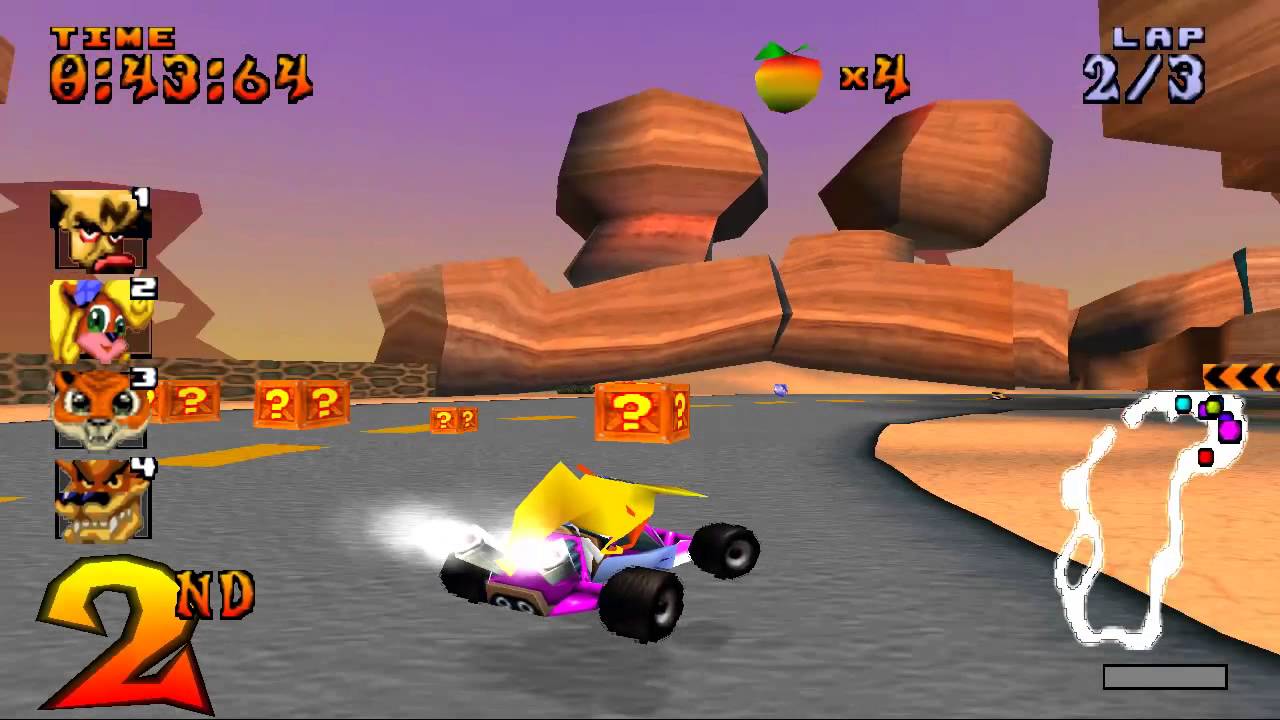 We get to explore new freaky areas of Crash’s world, from sandy deserts to polar caps to mountainous ranges. Each time Crash wins trophies, keys or special icons, he opens up a new course, or an entirely new realm filled with new challenges. Bosses appear at the end of each of the worlds to signify your success in that area, which I have to say I actually enjoy and they are very challenging ( as I have just faced off with Ripper Roo) which again links back the original Crash games as at the end of level you face of with a boss to progress.

Players who have played kart games before, and I’ve played many apart from this one until now, CTR pays a lot of attention to the games in its heritage, and in so many ways it excels over them, especially in the technical department. First off, there aren’t really any kart games on the PlayStation to compare this game too.

CTR is riddled with little differences that make the game more enjoyable than your average kart game. You can bash through at least one tube section and watch as your kart scrapes the wall, while little fiery sparks fly off it. In the icy levels, when any one of the riders hits the actually frozen lake sections, the sliding physics are remarkably realistic. Grab the 10 apples needed to watch as your arsenal grows more powerful and your speed definitely increases, which is very similar to Diddy Kong. And while taking certain turns, some of the road shoulders are up on another level, and the karts adjust in 3D without a hitch. These are just some of the areas Naughty Dog addressed that make CTR a superior kart game. 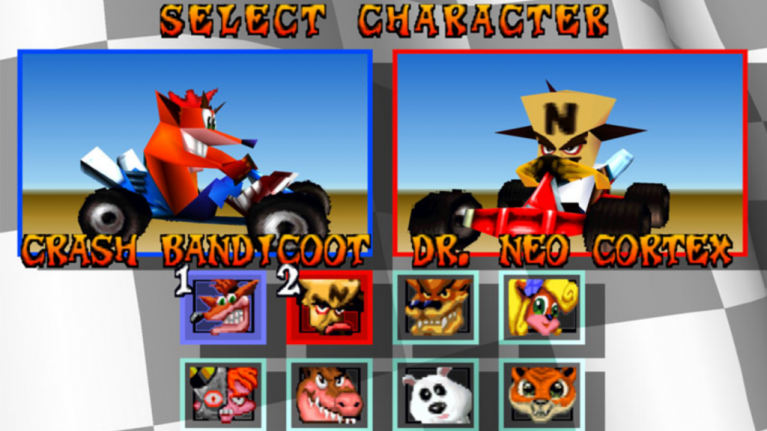 Finally, a four-player split-screen kart game that rocks on the PlayStation! If you must have a party game this year, this is the game for any party or at Christmas for family rivalries to kick in. It’s true, though, the characters get really small, the split-screen is difficult to use at times and you can get distracted because the other screens, but once you taste a little bit of it, you’ll love it.

I am loving this game and really wish I had played it when I was younger but that isn’t stopping me from playing it now. So guys who are your favourite character to play as? or your favourites courses from the game? let us know in the comments below or give us a little tweet @gamergeeksuk.