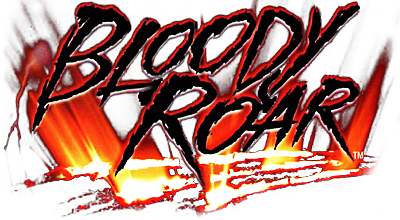 The series began in 1997 under the name Beastorizer in the arcade. The game’s theme incorporated anthropomorphism, where the player has the ability to transform into a half-human, half-animal creature known as a Zoanthrope. The game would appear under the name “Bloody Roar” when ported to the PlayStation in 1998, which would become the permanent title thereafter.

A fighting game designed by Hudson created something brilliant. Bloody Roar is an  example of how to take the best attributes from past fighting games and hone them into one great fighting beat em up game. It mixes the ingredients of  Tobal’s smooth, 3D movement and the simple yet effective killer moves from Virtua Fighter 3 together with  cinema playback of seeing you kick ass, Bloody Roar implements each of these aspects with skill and taste.Added to the mix two very interesting ploys, are the metamorphosis of your character into an animal and combative Rave Mode which doubles your strength in battle and attacks but then  leaves you twice as vulnerable. 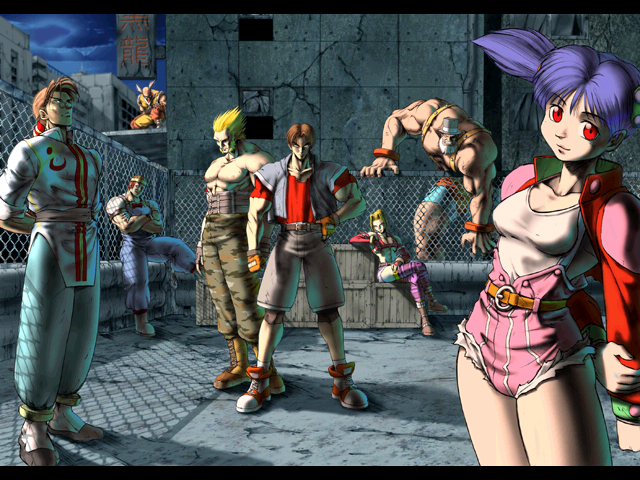 I love the idea of real 3D fighting, this game is all about the third dimension. The full realm of movement doesn’t always enable gamers to get away with every single move, since round-house kicks and punches will still connect, but there is nothing better than trapping your opponent in the corner with a quick dodge to the side step, which is key to this game as it can determine if you win or lose, the fighting system is build around it. So you cannot chose to ignore it or, you’ll be sorry . You also can turn side-stepping off in the  gaming options menu if you really want to, but I feel it takes away all of the fun and the challenge of the game and working out killer combo moves.

I feel technically there isn’t any real complaints, although there is a huge move list to work out and learn in the game, and are easily memorised.While high frame rates and a speedy graphic engine enable moves to be executed quickly and without wait. Within in the game also contains two health meters, a complex little power bar of pure goodness and fighting power that enables you to grow back your health to a certain degree; and a Beast bar, which measures your beast power. However,  Bloody Roar is not a great example in turning around, as gamers will find themselves somehow trapped at some points in the fights, unable to simply turn around and fight back leads to losing games and adding a little frustration in there. 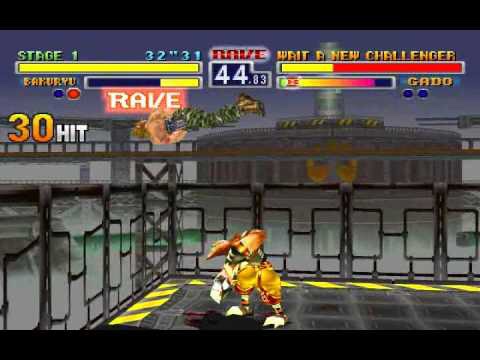 However, Blood Roar is a very good example of balance. While Greg (Gorilla) has massively powerful moves that do a lot of damage, but he is a very slow guy who can be very frustrating at times.  Alice (rabbit) is speedy and agile, but doesn’t do as much damage, and characters like Yugo(wolf), Bakuryu(mole), and Mitsuko(wild boar) are generally well-balanced, so it has a variety of characters to play with and do battle with, but also give you something to learn. There are combos in the game, but you work these out  yourself and learn how to link them together to get double figure combos. You need not just learn how to fight, react, and play defence as well, but move up a solid learning curve that’s built into the game. When you get really good like myself, you can get at least a multiple-hit combos.

The animal transformations are definitely more than just a good marketing ploy, too. 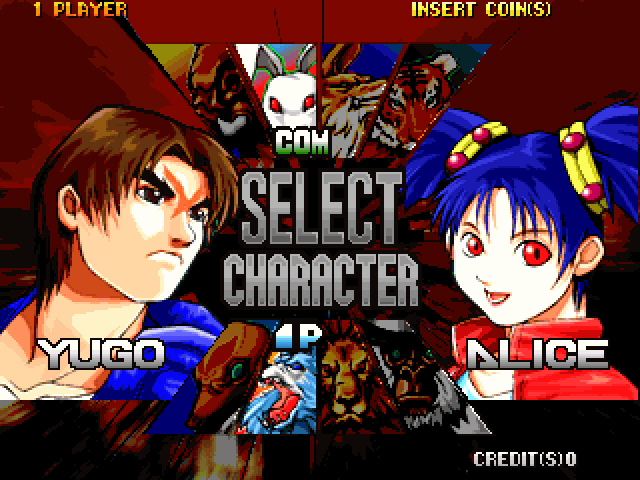 They are visually enticing, but the beasts themselves  pack an entire arsenal of blinding, kick-ass special moves to their animal side. The “Rave” button, doubles your strength, and you’ve got yourself a game to play forever without boredom.

The game is sweet and graphically very good, with great shadows, detailed textures in both the background and on the characters, and likeable design character design. I also love the blood effect used as when I first played this game I wasn’t actually old enough and it was due to the blood and animals attacking each other but that didn’t stop me. 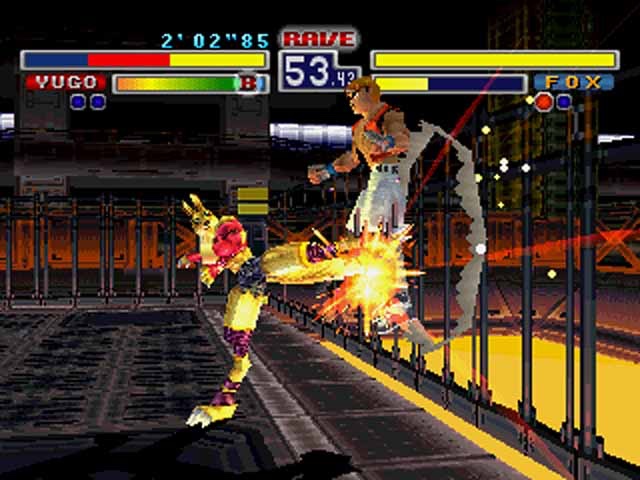 Overall,  I love this game is a tight, playable fighter that ranks very highly in my opinion and made a refreshing change to the Tekken fighting system and gave me something more to play when I was younger, and I loved it so much fun. I would love for this game to remastered or even a new game in the series.