I was thinking of fighting games and came across a tweet asking about different fighting games that you love in your own opinion and I nearly forgot all about it, until today I forgot about Dead or Alive the series. The first one I remember having was Dead or Alive 3 for Xbox it was a Christmas present and I loved it hadn’t really picked up a fighting game really since early Bloody Roar and Tekken 2.

I love the series its great, it shows how a fighting game can be stunning, hard and also some kick ass moves. Its a game that I loved play on my own as the story mode was interesting, but also loved playing with or against other people. In various tag modes or online.

One of the innovative additions ( my favourite)  to the genre is its countering system.  Players could tap the guard button and a direction corresponding with the anticipated attack, which would do a powerful counterattack to either throw the other person to ground or over head. Counter holds must be timed correctly and match the direction of the attack being countered. The series controls also make the instances of speed and simplicity more congruent with the focus of timing and combos in mind, as the commands for basic attacks are widely considered more straightforward than most video games. There is only one button for punch, kick, throw and guard, with the player rarely having to combine more than two different input schemes together at a time. 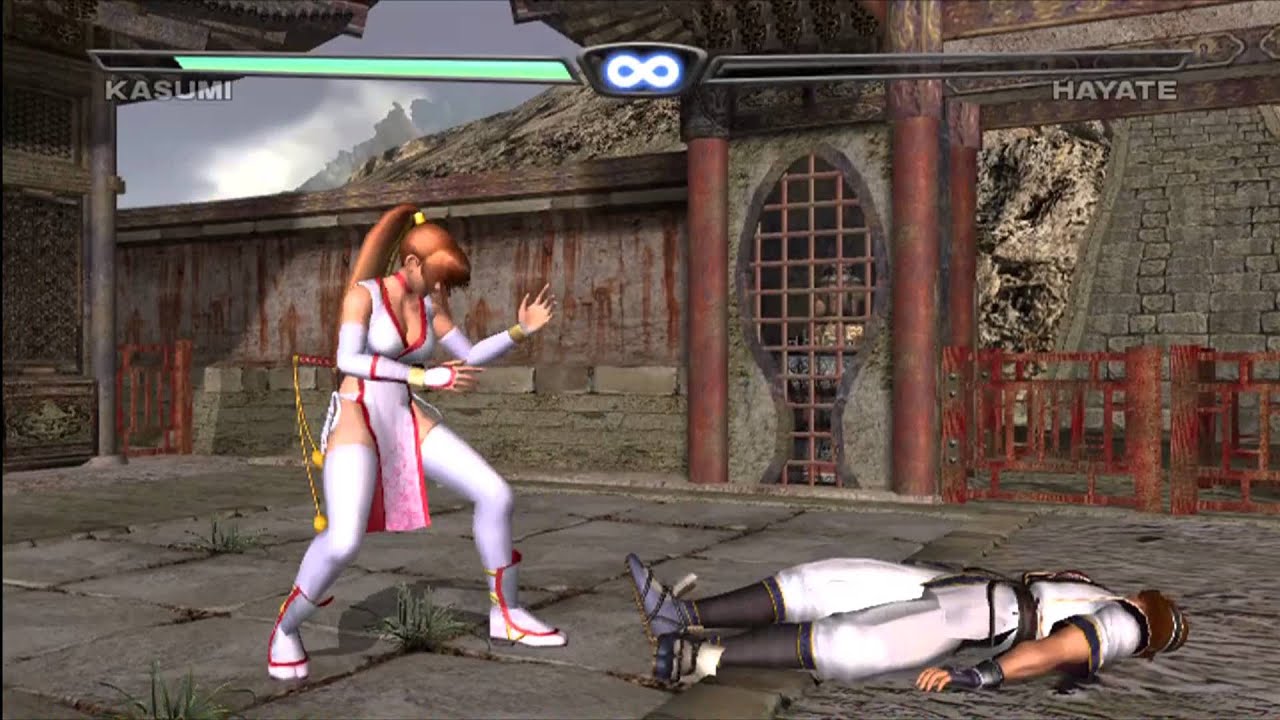 Now its going to come down who my favourite character to play it will be Kasumi, she is my favourite, she kicks ass but also I feel you can learn her moves pretty quickly and they all flow quickly and she is very fast unlike other characters, where it feels slow like Bass but does huge damage, with her moves you can be jumping and then it evolves into another move and its quick. I actually went on the training mode with Kasumi, and put in the hours to actually learn her blocks and special moves and I don’t normally do that fighting games, but I did with this on and did training with other characters such Ayane etc and I really invested my time in the game and the series.

So if you haven’t heard or played DOA series I would highly recommend it, its fun, frustrating and brilliant all at the same time. I am also looking forward to the next one DOA6 which is out next year, and hopefully get my hands on to review. So what are your guys favourite fighting game series? and which are your favourite characters let us know in the comments or twitter at @gamergeeksuk